Are your beliefs about Landlords holding you back from becoming a Property Investor, or making more money from your current properties?

If you know someone who could do with hearing this message, then please share it with your friends on social media. Thanks so much for supporting us - every bit helps.

So welcome to the Sarah and George Choy Property Podcast – the show that helps you to become financially free, so you can spend more time with your family, traveling and pursuing your passions.

So, welcome. So why do parents make great, ethical property investors?

Well, if you’re one of if you’re one of these three things, either:
1) you’re in a stressful high-pressure job
2) or you work long hours and you’ve got no time to spend with your kids
3) you feel trapped that you need to rely financially on your job you’re providing for your family.

I mean that’s certainly where you were, wasn’t it. And that is where I used to be

before we became financially free. So, if that sounds like you. If you’re one of those three things, then you are the “Stressed Corporate Worker”. That’s who you are.

So these are stopping you from becoming a Stealth Millionaire.

The Stealth Millionaires is someone who is now:
1) Relaxed. You get to choose how you spend your days, rather than being stressed out. You can meditate twice a day – sometimes we do. We meditate once a day…it depends what the children are like. Exactly, then you need to meditate more.

2) Then then you can spend all day with your kids, or doing what you love. Because you’ve got all that free time now

3) and we do Passive Property Investing and systems around that. Passive systems, so that you can make money while you sleep. So you’re not making yourself a new stressful job. Exactly.

And of course, becoming a millionaire.

So that makes you a Stealth Millionaire.

So, as I mentioned, you might have some limiting beliefs. And these are holding you back. So you might think that all landlords are greedy, or landlords are sleazy, or slum landlords, or anything like that. Anything that you’ve seen in the media.

There’s a lot of negative press about landlords. And that can put some people off even thinking about investing in property, because they don’t want to claim that identity. Definitely.

But I’m here to tell you that most of that is just the minority. Yes. I mean there are some, but they
are the minority. The majority are very decent property investors. And they’re providing a service.

Because I don’t know if you noticed, but there is a massive housing crisis. There are not enough
places for people to rent.

The cost to buy a property…the age that someone buys their first house, just keeps going up and up, as the gap between house price increases and wage increases (which are slower) just getting wider and wider.

It won’t surprise me in our lifetime, if the average age of a first-time buyer goes to 60 years old. Well a lot of people just won’t they won’t start. No, they won’t even think that they could buy a home.

Exactly, so it just gets harder and harder every year now.

So, if you are an ethical person. If you act ethically at work and at home, and with your kids, then that’s exactly what you’re going to carry on into property investing.

Exactly. So, you’re not going to be a slum landlord anyway.

So there is a great simple test. if you bought a property – would you let your children live in it?

Yeah. Is it safe? Would you be worried they were gonna die if they lived in your property? That’s the easy test. So, that’s something very simple that all all parents would be able to do.

When they buy a property, they think could my child live in there? Would I let my child rent it off me? If the answer is “yes” then you’re good.

So, there are there are 6 passive strategies in the Stealth Millionaire Programme.

We wanted to share one of those with you today. And that is Rent To Buy. Yes it’s one way of both making money as a property investor and a landlord, and also giving back. Yes, giving back at the
same time.

So, it’s really two for one. I mean all of those strategies that we teach, can all be done ethically. So, don’t think that by being ethical, you’re not going to make any money either.

It’s completely doable, and no problem at all.

So, Rent To Buy. What is it? Basically it’s similar to a buy to let, in so far as you’ve got a house you’re renting it to a couple, or a family, or a person with the aim that they’re going to be buying it off of you in say five to seven years.

That that’s the goal. So, they’re still renting off of you, but it’s a it’s a flavour of buy to let.

So, why would somebody do that? I mean, basically the tenants who are looking for a Rent To Buy are quite often people who can’t get on the housing ladder. But they want to.

– They might just not have enough savings, because even with 95% Mortgages, quite often people
don’t have anything saved.

– The additional advantage for them, is that you can move in really fast with a Rent To Buy. Because it’s not like house hunting, where if you can find a house you can afford, and then you’re going through the conveyancing process which quite often fails for some reason, which is really depressing and can cost you money.

It can take anywhere from three months, but we’ve had one that took nine months to go through – and was a vacant one. It can be a longer stressful process. Whereas with the Rent To Buy, you can move in two weeks. Yep. So, it’s much easier for the tenants. So, that’s great for them.

So, we thought we’d tell you a little story about one of our our Rent To Buy tenants.

We had a house we decided we were going to do Rent To Buy, with the aim of selling it to somebody, at some point.

So basically we advertised it. I met this really nice couple and she was heavily pregnant. Yeah,
like eight months – you know, seriously pregnant.

And their situation, I mean obviously we won’t give you all the information. They were a lovely couple. She wanted a house, and she wanted to own a house, but they weren’t in a position at that time to do it.

They certainly couldn’t have bought a house by the time she had her baby. No, it wasn’t gonna happen. So it was a really good situation for them. So, our little house, which they’ve rented off of
us on a Rent To Buy scheme.

You know it’s a lovely house. It’s actually a huge two bedroom, isn’t it. It’s massive, really spacious, and we’ve done it up to a nice decorative state. So, they could just move in, shove their furniture in and they’re good to go. Nice little garden, near a forest. It’s a really nice house.

It’s somewhere that we wouldn’t object to living ourselves. We did we consider living there for a bit, but it’s too far from our family.

it was great because they could move almost immediately from their rental. In fact they did within a couple of weeks.

They were so keen to get in, and thank goodness they did. Because a couple of weeks after they
moved in, she had a baby. So, hurrah.

And it was easy for them. It was great. They are going to be buying it from us.

So they’re in, and although they’re renting it, they can treat it as their house, which is great because they’ve got the paperwork to say I can buy this house. So, they don’t have to worry.

If they do what they’re told for the period of the time, they we have to sell it to them.

And they’ve made some improvements already. I mean obviously, a young baby is quite time consuming, but since they’ve moved in I’ve had a few really nice emails from them and
it’s like “oh could I re-tile the bathroom?”

Okay, well send me a picture of the tile. Okay, it’s a nice tile, go for it. Thanks for that.

And “oh, could I rip out all the horrible plants in the front garden and plant little pretty plants?”

Yes go on then. Please add value to my property. But it’s going to be her property, exactly.

So, you know if the worst happens and we have it back, which is not the plan, we’ve got a better property. And obviously for her she’s making her property exactly she wants it.

Obviously it’s a great for the tenant, and in fact that’s one thing that I had to explain when I was doing the viewings for this property.

They were suspicious. Like why would you do this? They were looking for the catch. There is no catch.

So, let’s go through why you would do it as a landlord. Because obviously you’re tying yourself into
selling this property to the tenant.

But why would you do that?
1) So for one, it’s really great if you’re looking to exit. Because you’re getting a pretty guaranteed person buying it at the end of the term that you negotiate.

2) You make more money. The reason you make more money is because the tenant is living there as your tenant buyer. It’s their responsibility to fix stuff, which is a big deal when you’re doing rentals, because there’s lots of little things go wrong with a house.

It just happens you know. A fence blows down, gotta fix the fence. There’s a plumbing issue – gotta fix the plumbing. And that’s part and parcel of being a landlord.

But with a tenant buyer, it’s their problem the fence falls down. They know they’ve got to fix it. So, that’s great. I mean obviously if the house blows up you’re insured. So, that’s covered. That’s not the tenant’s problem, that’s your problem – but you’ve got insurance to cover that, so you’re good to go.

3) One of the other advantages is the cost of rental is voids. If your tenant moves out, chances are you’ve got to decorate it, and that takes some time. A new tenant moves in, so you might have
a couple of months with no rent.

So, the great thing about this is they really don’t want to go anywhere. So, you should theoretically have no voids. No voids and no maintenance costs. Exactly, which is a big deal.

So, this is a great win you, for the landlord, because you’re making more money. For the tenant, because you’re doing a massive favour for the tenant, so this is really good for them – helping them to buy a property when they couldn’t get on the housing ladder, and couldn’t afford to do it for whatever reason.

So you can feel really great. It’s an ethical thing to do. Everybody wins.

And it’s it’s all out in the open, so everybody knows exactly who’s doing what at the beginning, so there’s no surprises.

And you can feel really good about yourself and make money at the same time.

Well thanks for watching to the end. I hope you enjoyed this episode. Please subscribe if you haven’t. You know we absolutely love to see you.

We’ll see you all next week. Bye.
Sarah & George Choy 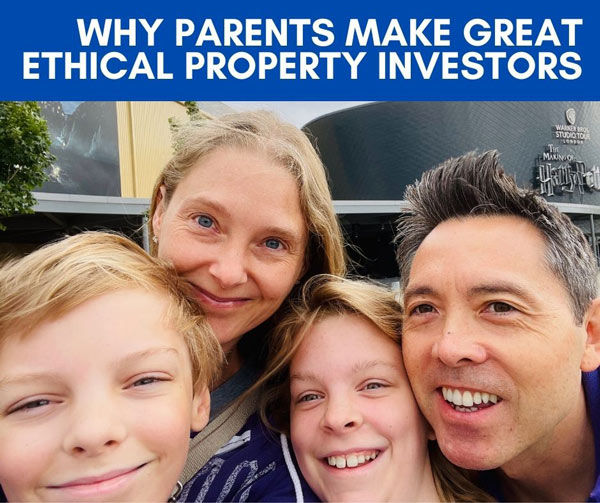 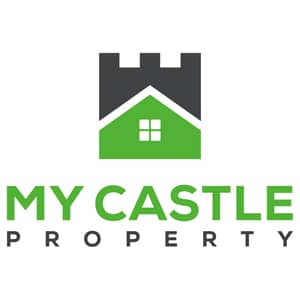 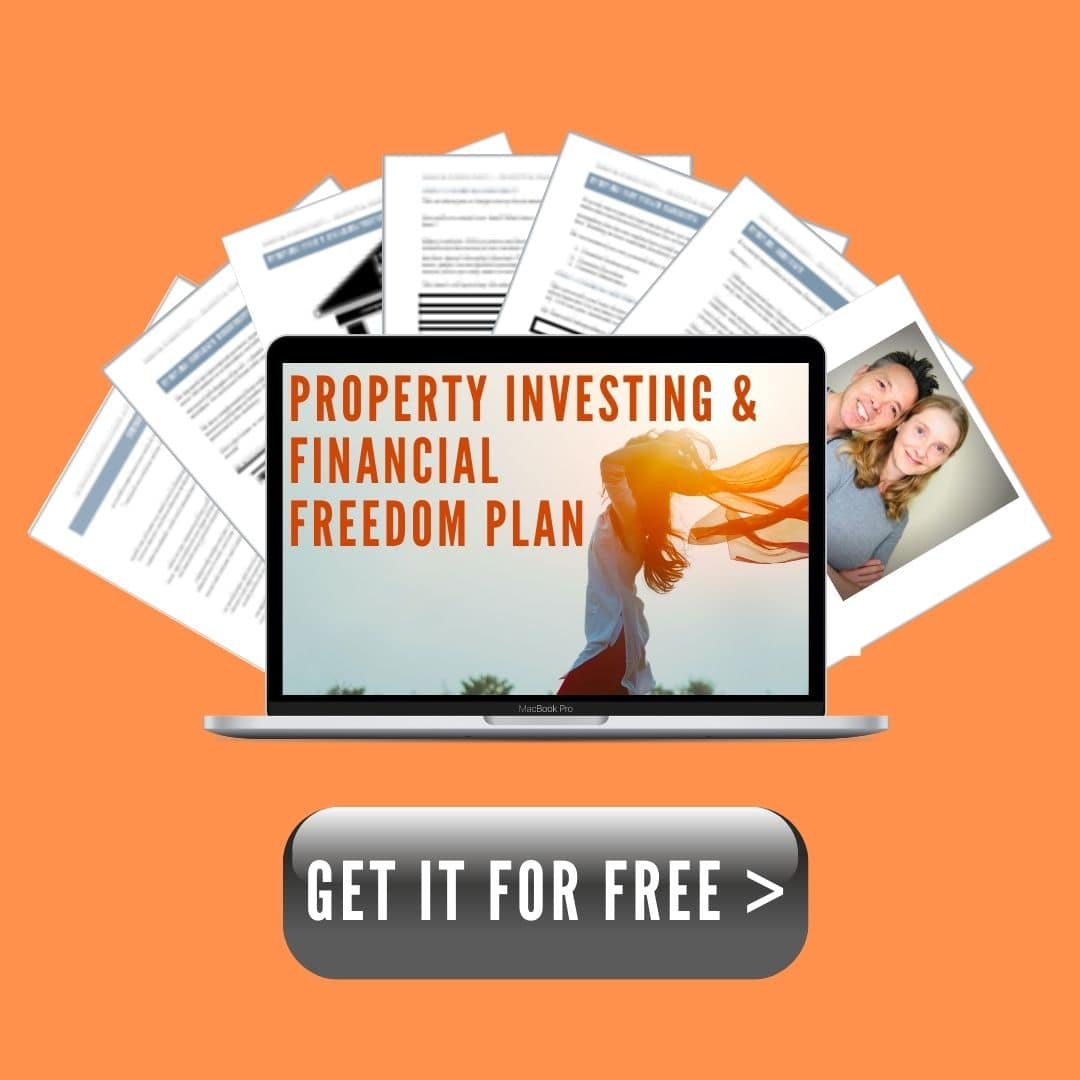